Use PEAKS Online Xpro to take advantage of powerful, shared computing resources to perform LC-MS/MS protein and peptide identification and quantification analyses. With the ability to run on any all-in-one installation, multi-CPU cluster, or cloud server, the restructured software platform allows large datasets to be processed efficiently by multiple users at the same time.

PEAKS Online, means high-throughput proteomics data analysis for multiple users on a network. Although the term ‘Online’ is often associated with the world wide web, PEAKS Online should not be confused with public access. Instead, PEAKS Online is a software package which includes a Server licence and Client licences and can be hosted on a public cloud such as AWS or Google Cloud or it can be deployed on a private network such as your own high-performance computing cluster. This cloud-based architecture allows PEAKS Online to be fully parallelised and scalable to your lab’s needs and is ideal for processing large-scale projects.

PEAKS Online provides users with the ability to utilise the established PEAKS workflows more efficiently and on a larger scale. The interactive tool used to send/retrieve data to/from the server is called PEAKS Client, and the results are presented in a similar manner as available in the PEAKS Studio desktop solution. Through the Web Client Interface or Client Command Line Interface (CLI), multiple users can also access the PEAKS Online server at the same time, supporting parallelism at the project and data level.

In PEAKS Online Xpro dual interfaces are available to ensure easy integration into any proteomics workflow. The Web Client Interface allows users to setup and submit projects visually, as well as review and validate their results. The Client CLI on the other hand can be integrated into existing pipelines to continue automated data processing.

Easily setup and access PEAKS projects from any computer, anywhere in the world. With PEAKS Online Xpro, users do not need to install any software files to access the server. Just open a web browser, like Google Chrome or Mozilla Firefox, to setup PEAKS searches and review the results. When your search task is done, the system will even send you an email to let you know the search is complete. Now you don’t need to worry about carrying your data around with you anymore!

The command line interface gives users the ability to fully automate their data analysis. Simply establish standardised workflows so that once data is created in the repository, PEAKS Online Xpro will process and generate results instantaneously. Results generated using the Client CLI can be automatically exported into .csv files or viewed using the PEAKS Online Xpro Web Client.

PEAKS Online Xpro is designed to facilitate accurate and sensitive proteomic analysis using the PEAKS Xpro software workflows, but with higher performance on a shared resource. Users will be able to perform de novo Sequencing 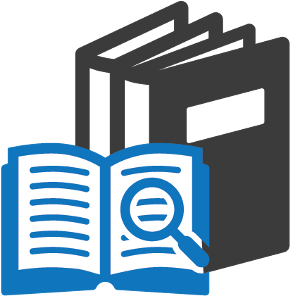 modules can be enabled, for labelled and label free protein quantification and ion mobility data support.

Like PEAKS Studio, raw data from the mass spectrometer don’t need to be converted prior to adding the data into the PEAKS Online Xpro workflow. Data can be added to PEAKS Online projects from the local file system (through the browser or command line client) or remote data repositories (for where your data is not stored locally). This makes it easy to submit projects from any computer with access to your network, even if it does not have direct access to your data file storage.

Once data has been uploaded to the PEAKS Online Xpro server, setup a workflow or select from a predefined list. With PEAKS Online, users can define standardised workflows to implement protocols in the lab for regulatory compliance and establish project specific approaches that can be used across the whole group.

If an analysis needs to be rerun with a new set of parameters, the whole workflow does not need to be reprocessed. Using the PEAKS technology, samples can be added/removed to a project and workflows can be modified “on the fly”. PEAKS Online Xpro will only process the information that needs to be updated while keeping any of the relevant information generated previously.

Once the desired results have been generated, users can export the results for each individual result node, like PEAKS Studio, or export all the results at once in a single step.

PEAKS Online has all the functions provided by PEAKS Studio and now shares the same trusted algorithms for de novo sequencing, database search, spectral library search, PTM, Spider, TMT, SILAC, and LFQ. With the same core functionality, you can expect a similar data analysis solution from both products and can focus on aligning the software that provides the best computational solution and user experience for your group. Accelerate the same proven features for identification and quantification on a larger scale with PEAKS Online Xpro and accurately analyse your large-scale proteomics projects of any size. From a quick analysis to 1000’s of samples, PEAKS Online provides a high-throughput, all-in-solution for the whole team!

PEAKS Online Xpro uses the latest technology of distributed computing to fully utilise the computing power of your hardware. The PEAKS Online Xpro architecture is built on the highly popular Apache Cassandra database system, which is used in heavy-load applications like Facebook and Netflix. PEAKS Online Xpro further distributes its computational workload to different workers using the Akka Actor system. This new setup gives PEAKS Online Xpro the ability to do a lot of things that is was not feasible in the PEAKS Studio desktop version. In particular, PEAKS Online Xpro is easily able to take on large-scale projects by more efficiently handling the increased workload of large cohort proteomics studies. In addition, its ready-to-scale, high-performance setup where the throughput and performance can be adjusted dynamically by changing the hardware configuration. Given the right resources, PEAKS Online Xpro can speed up data processing at least 10 times faster than PEAKS Studio and can handle 1000 samples or more.

In a recent benchmarking study, we compared the scalability of PEAKS Online Xpro as we increase the number of computing resources. The testing data set contained 56 samples where each sample was made up of 12 fractions. In total, we had 672 three-hour MS runs which composed of 5 million MS1 scans and 30 million MS2 scans. With the standard PEAKS Online Xpro 32-threads licence, it took about 10 days to finish the project, from data loading , data refinement, de novo sequencing, PEAKS DB, PEAKS PTM and SPIDER. However, when we increased the CPU cores, the performance increase linearly. With 512 cores, it took a little more than half day to finish the whole analysis.

*Note: The number of cores/threads indicates the number of usable cores or threads that can be allocated to the PEAKS Online Server’s worker nodes.

Overall, PEAKS Online Xpro is composed of 3 components: the Database Node(s), Master Node, and Worker Node(s). These can be distributed to different computers, or placed on the same machine. Each component has a unique pattern of computing resource usage and hardware requirements.

Database Node(s) of PEAKS Online Xpro store all application data and are the base for all proteomics processing. Since PEAKS Online Xpro is a distributed computing framework that can run from multiple machines, we use the popular distributed database system Cassandra as the main data storage to provide I/O performance at scale. Each data node, as part of a Cassandra cluster, has high demand for memory space and disk I/O speed.

The Master Node is the central hub of PEAKS Online Xpro’s computing framework. It takes charge of scheduling, dispatching, and synchronisation of computing tasks. Although it does not perform any data processing, it takes care of the web based user interface, loading of raw data and exporting of result data, and would benefit more from high performance CPUs.

Worker Nodes are responsible for the actual data processing and computation. PEAKS Online Xpro is easily scalable, so a worker node can be configured to use a customised number of CPU threads. As a rule of thumb, a worker node needs 2GB available memory for each computing thread and another 2GB spare memory for its own usage. Other than a few GB for logging, a worker node generally has no requirement for hard disk I/O speed nor space.

Note: Although PEAKS Online Xpro is best used in a cluster setting with dozens to hundreds of nodes, if you only have limited computing resources, one powerful workstation/server, you can still use it in standalone mode. In fact, all components of PEAKS Online can be started from the same machine. But in this case, you must make sure you have enough computing resources to accommodate the needs from all components. Cassandra has very intense usage of the hard drive. If everything is installed on the same machine, it’s highly recommended to have a separate high speed hard drive specifically for the data component.